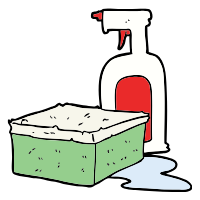 No-one likes working in untidy or messy business premises. They send entirely the wrong message to your customers about your company standards and business practices. With a busy company schedule, it can be easy to let standards of cleanliness slip and finding outside help can become essential. If you are wondering how to find the best janitor services to clean up your company then here is everything that you need to know. This site covers where to look for janitor services, what services janitors can provide, and how to tell if you have found the perfect cleaning service for your business.

Mould damage is one of the most devastating problems to deal with in your home. Once mould gets inside your home, it becomes a persistent problem and can even endanger your health. The damage darkens the walls with stains and leads to allergic reactions when the spores spread through the house. Some of the ways you can know that you have mould include stale and musty smells, moisture, and brown spots on the floors and the walls.

Cleaning or removing mould yourself is usually complicated because you might not remove all of it. It is also hard to understand how to prevent mould from growing back once you have eliminated it. However, it would be best if you hired experienced cleaning professionals to remove it for the following reasons.

You Expose Yourself to Fewer Health Risks

Mould removal is a risky process. If you are not careful during the removal, spores can settle in odd spaces such as in the AC vents. The moisture and warmth encourage growth, complicating the problem. However, a professional will remove the mould effectively and ensure you are living in a clean and healthy environment. They also know how to spot extremely toxic types of mould, such as black mould, and remove them successfully.

You Minimise Damage to Your Building

Mould can work its way into parts of the building, such as the wood, plaster, and gypsum boards. When not removed in time, it can compromise the structural strength and integrity of your structure. The more your mould spreads, the harder it will be to remediate the damage.

At some point, you might even have to replace the damaged boards altogether to restore your home. When you call professionals in mould cleanup in time, you spare your building all the damage.

You Learn How to Prevent Reoccurrence

Poor plumbing, rainwater leaking into the home, and upholstery that doesn't dry up after cleaning are some of the common causes of mould growth in your home. After the professionals are through with the mould removal process, they typically assess the source and tell you how to resolve it.

For example, if the damage results from a plumbing leak, they will advise you to call in a plumber to fix it. Other measures could include using dehumidifiers and ensuring all upholstery dries before bringing them back into the house.

Mould damage is a problem you can't properly handle yourself. That's why you should leave it to the mould removal professionals. When you hire professionals for removal, you eliminate mould prevent it from recurring.